The Future of Wikis

Wiki. Noun. A Web site developed collaboratively by a community of users, allowing any user to add and edit content.

Although this sounds a little complex, really all this means is some online pages, which link to each other and which anyone can edit. This concept is simple, but also powerful, as demonstrated by the example of Wikipedia. Wikipedia is a portmanteu of "wiki" and "encyclopadia". Jimmy Wales, co-founder of Wikipedia, has said that some day he wishes for it to contain the sum of human knowledge. With 3.7 million articles in the English language version alone - and counting - this is the closest that the world has ever come to achieving this aspiration.

The secret to Wikipedia's success lies in its accessibility. Firstly, thanks to the internet, its potential authorship includes anyone online, which includes over two billion people. Secondly, provided that people don't violate the rules, the ability to create and edit content is available to all. Through this, Wikipedia has managed to inspire over 15 million contributors to put time and effort into sharing what they know with others.

The importance of accessibility is demonstrated by the history of Wikipedia. It started as a spin-off from Nupedia, an online peer-reviewed encyclopaedia. The aim was to make viewing the articles free, but new content was required to be peer-reviewed. The website was too exclusive, and flopped. Instead, they decided to open it up for everyone. Although they knew that this would reduce the quality of the articles, they overestimated the extent of this. One study found that the number of errors in scientific articles in Wikipedia was only slightly higher than in the Encyclopaedia Britannica. Not only that, as the number of editors browsing Wikipedia increases, their combined knowledge and the quality of the articles also increases.

And yet, ask people about "wikis" now and you will still often be met with a blank look.

For those that associate the word with Wikipedia, it may conjure images of confusing navigation, complex markup language, and elite - and somewhat geeky - armies of editors lurking in the shadows, approving or disapproving content. Despite the immense success of Wikipedia, for many it still seems confusing and complex.

With Clinked, we have taken the first half of the word "Wikipedia" and made it central to our online collaboration tool. We wish to keep what's best about wikis: the way they harness the collective knowledge of a group, and inspire people to work together and share what they know. However, we also wish to improve on this, in two ways. First, by making wikis even more accessible by making them very simple and easy to use, and second, by integrating wikis with a suite of other collaboration tools including file sharing, time management and communication features.

With Clinked we have made the user experience the focus of our passion and expertise. We have simplified wiki-pages by removing the markup language and providing a simple editor instead. Content can be discussed by adding comments at the bottom of pages. Wikis are at the heart of information sharing for groups using Clinked, and homepages are the starting point from which users can drill down to other information. We have made it easy to link to other pages, files, events, discussions and tasks. To keep people updated, the homepage is surrounded by widgets displaying the last updated pages, as well as upcoming group events and tasks.

We believe this represents a step forward in making collaboration tools more complete and integrated, and in taking the powerful principle at the heart of wikis - accessibility - even further. 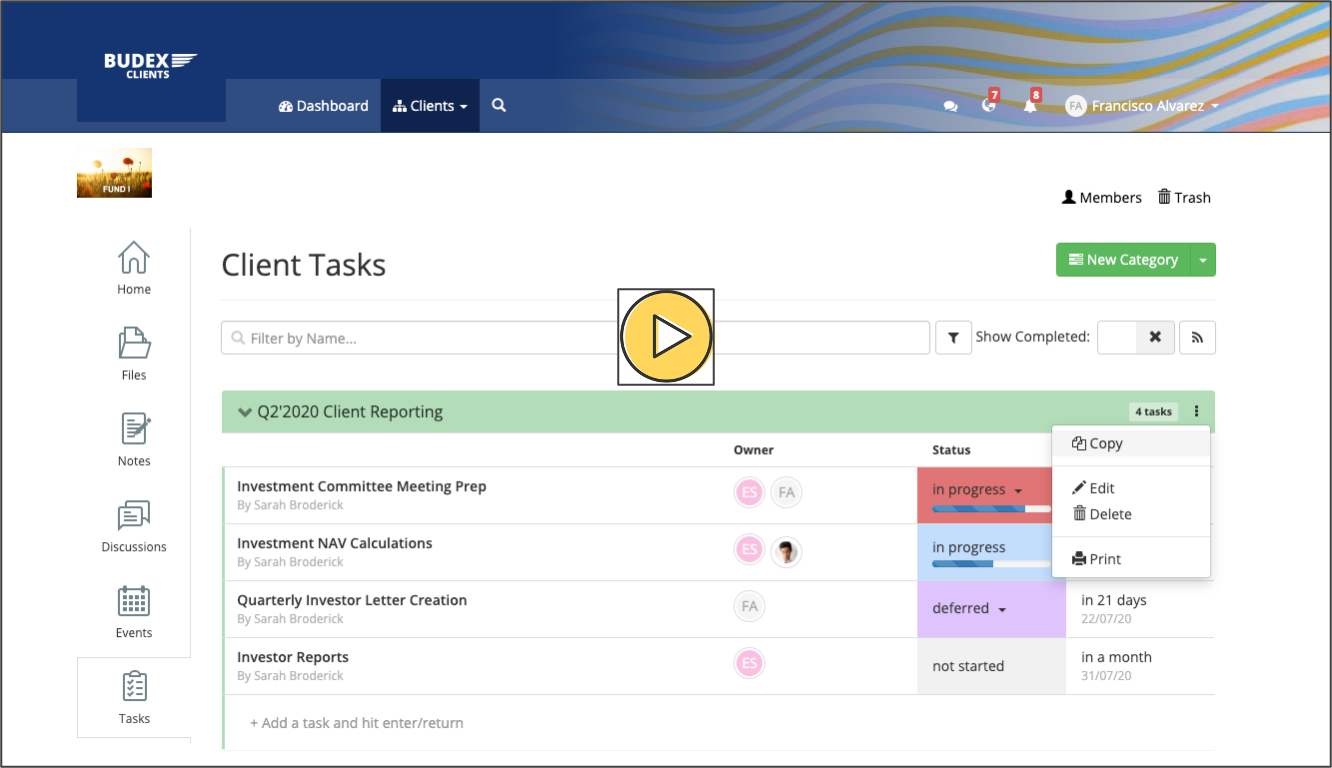 Using tasks just got easier in our secure client portal - we're happy to announce that you can now copy 1 task, multiple tasks... 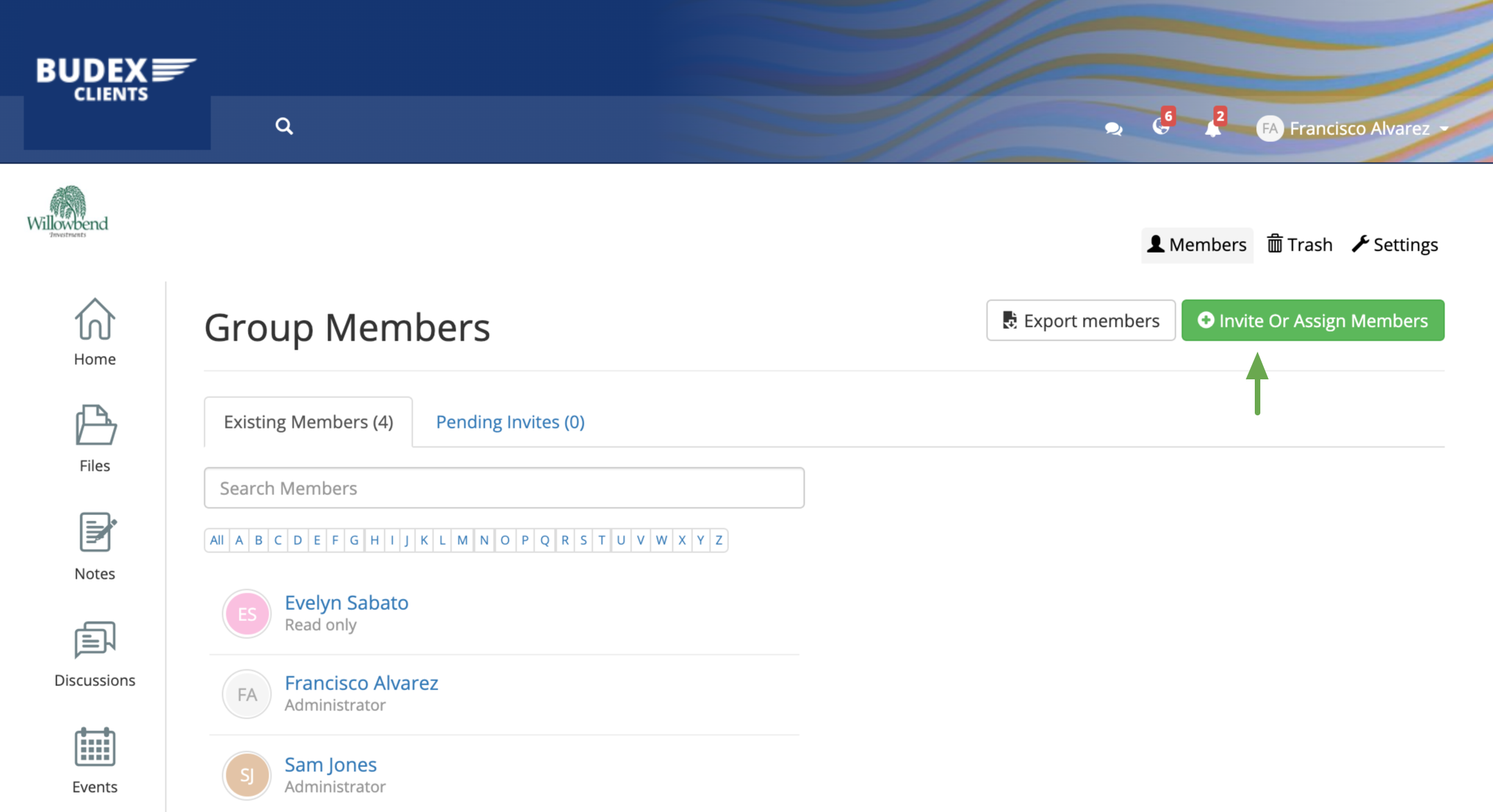 Our secure client portal continues to get better - we're happy to announce that our Group Administrator capabilities has just...