Social Media can be great, but some businesses just don't understand the power of it, mainly when used in the wrong hands. Here are 10 examples of when businesses have got it really wrong.

Following HMV’s declaration of bankruptcy, one of their disgruntled ex-employees who had access to their social media decided to display her disgrace publicly, whilst her manager was left in panic. She later revealed that it was a stand to highlight the power and importance of social media, not to be ignored. 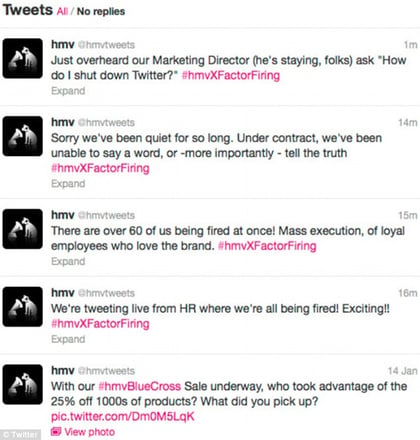 So what happened here? I'm assuming this is what happens when staff are unaware of what is happening in their business. This might not look like much, but for a social media team this is a big error.

When is it ever okay to make a joke out of an aviation emergency? Whether it's death or passengers with post-traumatic issues, it's never wise to make a joke about it, or try and gain from it. 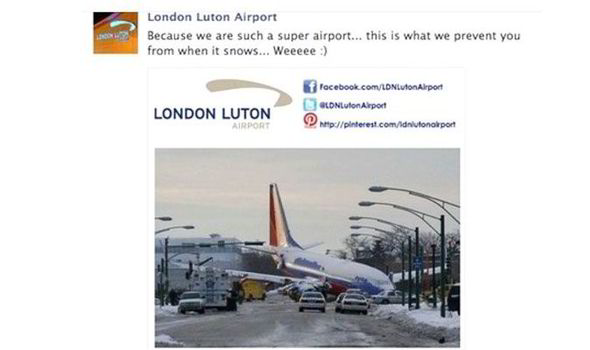 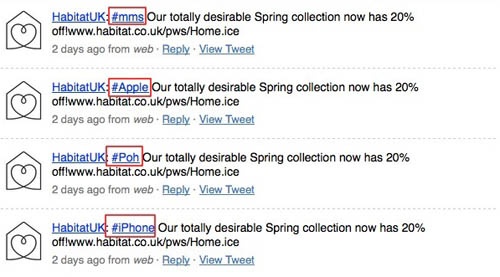 This marketing disaster came about during the BRIT awards. MasterCard was their sponsor and was providing press tickets to the event, so long as the journalists followed their strict instructions, which included what to tweet and when to tweet it as well as their sponsored trend, the #pricelesssurprises hashtag. Naturally, all of these journalists were't happy about it and decided to publish articles exposing MasterCard's PR blunder. Like every other failed hashtag, MasterCard's one backfired with hundreds of people making #pricelesssurprises jokes.

Hey @MasterCardUK. If you send us to the Brits & ply us with booze, we'll tweet anything you want. We're shameless. #PricelessSurprises

This was an attempt to gain from the Boston bombings, a massively trending topic. Epicurious hadn't learned from previous social media gaffes though, and decided to promote their product in association. 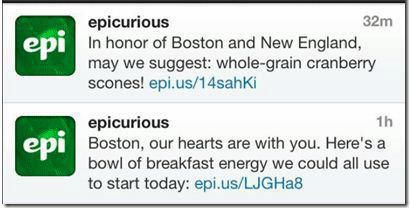 The food and cookery company soon noticed the error in their ways and issued an apology. 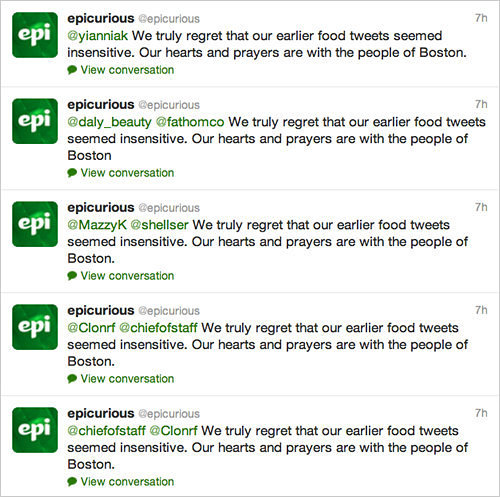 The key to successful social media, learned by this post, is that you need people managing your social media who understand exactly how it works and has good experience with the tools. These employees must be conscientious enough to constantly know what is going on within your organisation, but it's also the manager's responsibility to filter this information down. Finally, as a general rule of thumb, don't try and gain from anyone's misfortune. Showing your organisation's support is fine, but when you try and boost your sales from it, you'll end up with a bunch of angry tweets and a bad reputation.

What are online workspaces?