Client disasters are one of the worst things that can happen for your business. The lasting image you want to have with a customer is a positive one, and certainly not a memorably bad one. Great customer service, along with fantastic marketing can propel a business way above competitors, so with mounting competition for brands these days, companies really can’t afford to slip up as the repercussions can be extremely detrimental.

A marketing or customer service disaster can really damage a brand's reputation and have long term lasting effects. Not only can you lose current and prospective clients, but depending on the damage caused to the brand there could also be a loss of employees and company profits. In this article, we’ll explore some famous customer service disasters; some do’s and don'ts, and we’ll also find out how (or if) these companies dealt with the situations and how we can learn from their mistakes!

Many of you may have heard on April 9th 2017, the very famous case of 69 year old Dr Dao being dragged off of a United Airlines flight - a flight that he had paid for.

The distressing situation happened as United Airlines overbooked a flight to Louisville from Chicago O'Hare International and claimed they needed extra seats for staff members who needed to board the flight. United Airlines offered vouchers in return for 4 people willing to give up their seats. When no one offered to give up their seats, United Airlines decided to volunteer 4 paying passengers instead, 2 of which were Dr Dao and his wife. When discussing with Dr Dao about leaving the plane, he quite rightly confirmed that he had paid for the seat and would not be leaving the flight as he had patients to see in the morning in Louisville. At which point, the airline company decided to forcibly remove Dr Dao from the airplane. In turn, some troubling footage taken by shocked passengers went viral of Dr Dao being dragged off of the plane bloodied and injured.

How was it dealt with?

After the event happened, United Airlines released a less than satisfactory statement, with no mention of Dr Dao or a personal apology for his treatment, this caused outrage and therefore another more personal and in depth apology was released shortly after. Oscar Munoz, CEO of United Airlines then was interviewed with ABC news and apologized further claiming Dr Dao was well within his right to not want to leave the airplane and that United Airlines takes full responsibility for the wrong doing.

Apart from the realisation that the first apology was not sufficient, the CEO confirmed that they will input measures to avoid this ever happening again. This could also be fueled by the 12% stock drop United Airlines experienced and the estimated $140 million settlement offer they had to provide Dr Dao.

When providing a service, the first and foremost priority should be customers safety & security. This also applies to digital safety, meaning their documents and sensitive data should be protected at all times throughout their service lifecycle. As well as this, if a customer has paid for a service and they have through no fault of their own been told this service can no longer go ahead, this should always be dealt with in a professional manner. 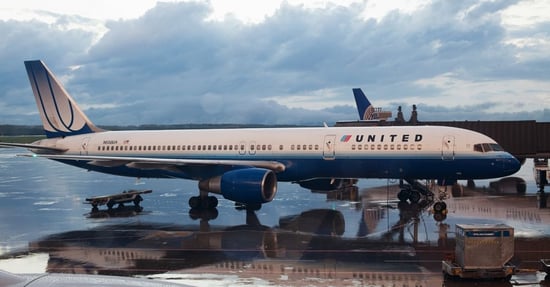 A client disaster relating to digital security hit Equifax, one of America’s largest credit reporting agencies, in March 2017. The business came under fire when 800 million individuals and 88 million business’s personal information was leaked in a hacker attack, one of the largest in history. The hackers managed to break into their servers via a customer support portal - a widely known vulnerability that should have been dealt with prior to the attack. The hackers then moved from server to server collecting passwords and information as they went. Unfortunately, the reason they were able to easily move from server to server is because Equifax hadn’t segmented their servers correctly. So how did the hackers take this information from Equifax without a trace?

Evidently Equifax had tools designed explicitly to catch data exfiltration attacks like this, but the problem was in order for these tools to work, a public key certificate needs to be provided to Equifax. This key is required to be purchased and renewed annually by third parties in order for their traffic to be inspected. So, did Equifax keep this up to date? You guessed it, they did not. Meaning that the hackers managed to remove the data unknowingly right under Equifax noses.

How was it dealt with?

It took Equifax almost 1 month to publicise the breach, in which time the data could have been sold, though after keeping tabs on large incomings of data in the dark web they never discovered it being sold. The breach was later put down to espionage from the Chinese military, though this has been denied by them. The main problem with how Equifax dealt with the situation was the time they left it to publicise the hack, meaning that innocent victims were not aware if information such as their PIN’s had been compromised. They also set up a second domain to host their information in the meantime, a site that very well looked like a phishing site. Meaning even though they lost their customers information once, they are still hoping their customers entrust them once more for this temporary fix. In turn, Equifax had to pay hundreds of millions in settlement fees.

When hosting sensitive information for your clients, make sure you are using the most robust and secure safety features to keep it protected. Not only this, ensure your processes and system checks are up to date, so that nothing can fall through the cracks and allow vulnerable areas for hackers to attack.

Ever been overcharged for shipping? Let’s say you buy in bulk 3 cartons of toilet paper and get charged over $7,400 in shipping fees - sounds crazy right? Well that’s exactly what happened on March 2nd 2018, when online shopper Barbara Carroll went on Amazon to buy toilet paper that should have cost her $88.70. Having had good customer service from Amazon previously, Barbara told USA Today that she didn’t feel too concerned when she first noticed the large amount charged.

How was this dealt with?

But when Barbara enquired about the absurd shipping amount for her toilet paper, she then had to write 6 complaints to Amazon to try and get her money back, all failed attempts. Barbara then tried writing to the Amazon CEO Jeff Bezoz personally asking if he would please refund $7,455, in which he wrote back saying that the goods had been delivered on time and in one piece so he would not be refunding the costs. It wasn’t until 2 months later and bringing the case to TV news reports Barbara then got refunded for the shipping and even her toilet roll!

Make sure that when customers are using your services, that everything is clear from the get go, including exactly what they are paying for and what is involved in their service. This will avoid any scares down the line. 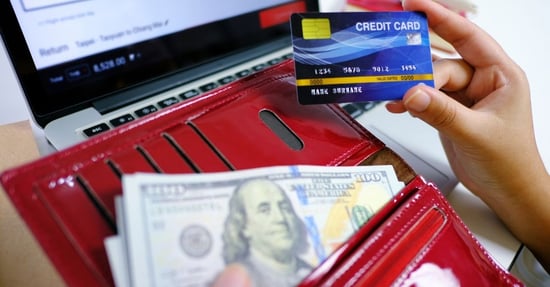 In December 2009, Cynthia Lacy contacted mobile service provider Verizon to inform them that their customer, her father, had passed away and therefore would no longer be needing their services. In any case of death, a service provider should only need a death certificate to cancel the services that are being provided. Unfortunately this was not the response that Cynthia got from Verizon.

How was this dealt with?

Cynthia was informed that she would need to provide the PIN connected to her late fathers account in order to cancel the services he originally signed up for, which of course, Cynthia did not have. Meaning that they carried on billing for her late fathers services. It wasn’t until Cynthia went to the press with her story, that Verizon apologised for the ‘confusion’ and refunded her whilst also cancelling the account.

Thorough training for your staff is imperative to providing a great customer service and avoiding any blunders like Verizon experienced. If your clients do not know how to use a service this can cause frustration and then potentially lead to them cancelling the services and in turn cause a high churn rate.

Use Clinked to keep your customers happy

There are many ways to avoid situations similar to the ones we have covered in this blog, and simply using a software such as a client portal can help with this.

With a client portal like Clinked, your services will always look professional with our white labelling feature. Your clients will have peace of mind that they are being looked after by a company who values client experience.

Clinked also provides bank grade security with end to end encryption and multiple other security features to keep yours and your clients data safe and secure. Plus our task management feature will help you to stay up to date on contract renewals and other projects!

So with all of this in mind, we want to make sure you are fully confident in how to use the platform, so we provide you with an onboarding service that equips you with the knowledge to provide the best services possible through your client portal.

Curious to learn more about how you can provide a highquality digital service to your clients today? Try Clinked for free for 10 days, no credit card required.

What are Online Workspaces?