Virtual Accounting Firm: How To Make It A Success

A Time for Change

‘You never really understand a person until you consider things from his point of view... Until you climb inside of his skin and walk around in it.’

― Harper Lee, To Kill a Mockingbird

At Clinked, we value equality and diversity. We wanted to take a moment to celebrate those striving for positive change against injustice and discrimination, especially in the light of recent events and the Black Lives Matter Movement. From the education, music to film industry, it is clear that many are wanting to set an example for others and strive for improvement.

Firstly, let’s look at some positive news from those succeeding to drive change with individual actions to build awareness and community here in the UK.

Malala Yousafzai, the world’s youngest ever Nobel Peace Prize winner, graduated from Oxford University last week with a prestigious degree in Philosophy, Politics and Economics. Malala is admired for standing up for what she believes in; at just 15, she stood up for female education becoming a public figure in her local Swat Valley and, as a result, was targeted and shot by the Taliban in October 2012.

To hear of Malala’s graduation was a fantastic moment after everything she has been through, especially for her supporters and those who have read her astonishing story I am Malala. Malala’s actions have taken her from a remote valley in northern Pakistan, to the halls of the United Nations to Oxford University. Malala’s social media posts stated her ‘joy’ and ‘gratitude’ from completing her degree was ‘hard to express’. The Malala Fund (co-funded by Malala through her book proceeds) supported the Black Lives Matter movement, by creating an Assembly for girls around the world to come together and discuss issues - it was designed to amplify the voices of young Black women reflecting on racism. The Malala Fund continues to strive to ‘break down the barriers’ that still prevent over 130 million girls going to school. Education is a right that all girls should have the opportunity to take, yet is still prohibited due to political injustice in some places.

Malala is currently celebrating with family, enjoying some well deserved rest and is looking forward to an exciting future - we wish her all the best! As pictured below - Malala participating in the Oxford University tradition of ‘trashing’ - a ceremony where students are covered in confetti and foam.

Learn more about the Malala Fund

Although improving, the classical music industry remains to lack headliners of colour. However, following his success, the 21 year-old cellist Sheku Kanneh-Mason is having a big impact on making the industry accessible to all and is inspiring younger generations to get involved in classical music. Sheku won BBC Young Musician of the Year in 2016 and was chosen to play at Prince Harry and Meghan Markle’s wedding. He studies at the Royal Academy of Music. If Sheku’s success continues ‘he will be what the classical music world has long lacked: a black headliner’.1 Sheku wishes to be a role-model for younger generations, and hopes more black children will have the opportunity to be taught music as a subject, this will combat a lack of diversity within the industry. Sheku is a member of the Chineke! Foundation, this was established to provide career opportunities to both established and up-and-coming Black and Minority Ethic (BME) musicians in the UK and Europe.

During the coronavirus outbreak Sheku has been quarantined with his musical family, who have been performing regular concerts with millions of viewers. Thanks to Sheku and his family, classical music events for younger generations have started to become more noticeably diverse.

What do you do when your performance as a soloist with the Royal Philharmonic Orchestra is cancelled due to the coronavirus? This was the situation Sheku’s sister Isata found herself in. Luckily, she has an incredibly talented musical family who supported her for a home concert that was viewed by millions! 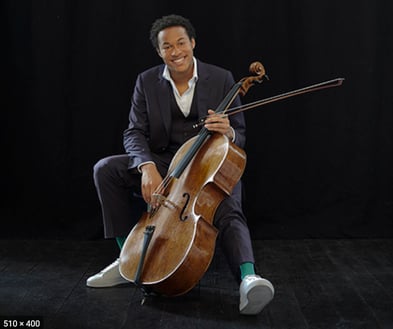 Many TV and film industry participation have found weight in their voices to call out inequalities and many are keen to join the community effort. British TV and film stars have been signing a letter demanding an end to ‘systematic racism’ in the industry. Signatures included Colin Firth, Michaela Coel and Jane Featherstone. The letter focuses on 4 key demands:

DJ Clara Amfo currently presents the mid-morning show on Radio 1. With an abundance of statements relating to the death of George Floyd, Clara’s speech got right to our hearts. It caught our attention due to it’s emotion and vulnerability - we all need to be empathetic and sensitive to what others may be going through. 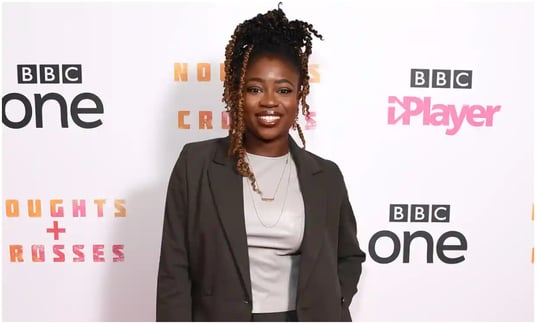 In his occupation, Dexter represents families of people of colour who have been killed in state custody. The speech states the first step to promote change is to educate ourselves on race and commit to being anti-racist.

Recognition of our frontline heroes

For many, lockdown has altered our perceptions, and made us re-assess what really matters. 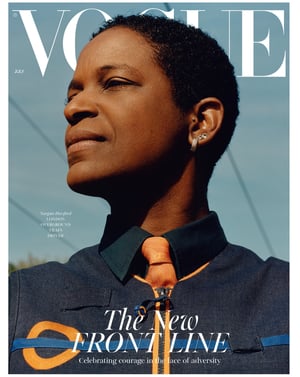 A shift from glamour models on the front of fashion magazines to key workers highlights the times we are in; people are generally interested in those putting others first and helping during the pandemic. In Vogue’s July issue, we meet and learn the stories of three female key workers, whose occupations are a train driver, midwife and supermarket assistant who remained working throughout the pandemic.

The everyday people putting their lives in harm's way to care, provide and support us deserve respect and gratitude. There is some concern that this may be forgotten as we return to a more normal way. This view has been exposed:

You Clap for Me Now video

“We say thank you. And we promise...we will remember.”

In April, The Guardian shared a video called You Clap for Me Now: the coronavirus poem on racism and immigration in Britain to remind us of the people behind the extraordinary efforts underway by key workers. The video highlights the crucial role immigrant workers are playing in the Covid-19 outbreak.

Updates from us at Clinked

At Clinked, we support the Black Lives Matter movement and the community initiatives that focus on challenging inequality and racism. When the pandemic hit globally we offered Clinked for 12-months free to all COVID-19 initiatives for specific medical response programmes, medical researc

h initiatives, or community facing initiatives - last month, we extended this offer to community initiatives organising people to challenge beliefs, share knowledge and drive change globally. If you know anyone who may benefit, please drop us a line at team@clinked.com

In the unsettling year that 2020 has been, we hope you can stay strong together and look out for each other. Exclusion in the workplace has been a notably growing issue, whether this be generational, gender, or ethnicity orientated.2 Hence, creating a culture of inclusion within communities and the workplace is incredibly important. It is evident that people work best when they experience a sense of inclusion at work - 39% of employees feel the greatest sense of belonging when their colleagues check in on them.3

I hope the positive changes made and the influences of those featured in this blog inspires you in some way. In the words of Paulo Coelho: ‘When we strive to become better than we are, everything around us becomes better too’.