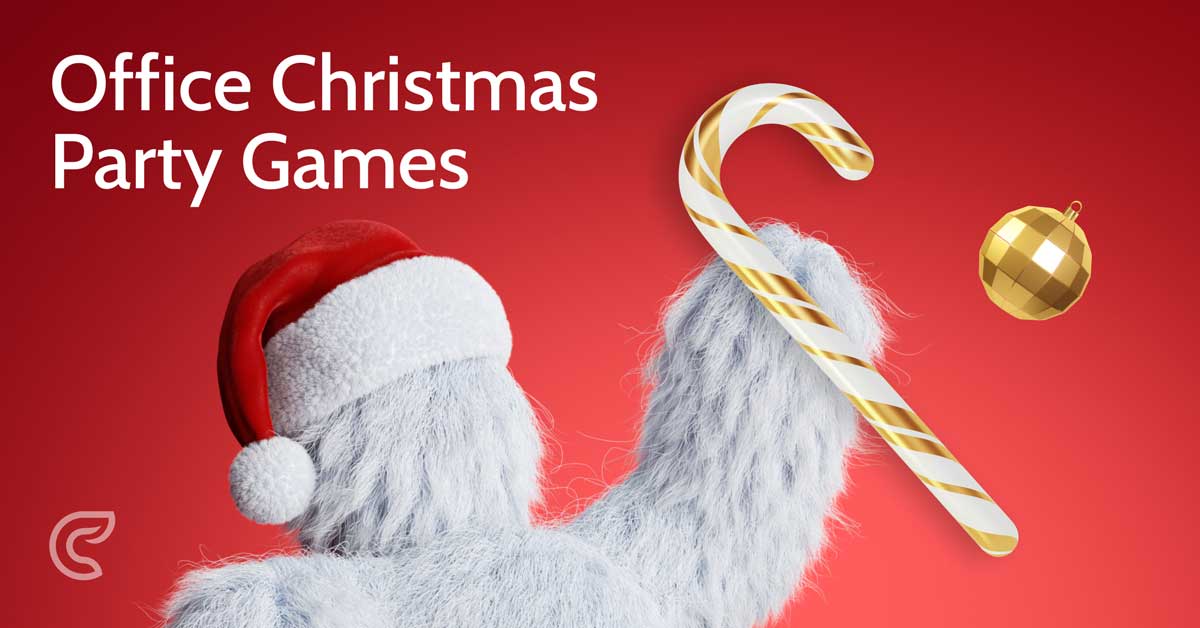 Kick all of the Grinches out the door (figuratively not literally!) and make some time for some games and festive fun. After all, you and your team have been working hard all year and deserve to let off a bit of steam. So, take a look at our list of some fun Christmas office games and let the fun begin!

Get some minty competition going between the party-goers with a candy cane relay race. This is how it works: everyone is split up into two teams. Then each team grabs enough candy canes for each player, passes them down the line and everyone hooks their cane into the players on their left’s cane. Once the team is finished it should look like a continuous line of candy canes.

Note: This game is typically played with the candy canes in the players’ mouths! It is your decision but we recommend to keep it safe for work and use your hands instead. The prize for the winning team can be anything from sparkly ornaments, gift cards, or a packet of candy canes!

Start a little brain teaser with this “A to Z” game. Every participant will receive a printed sheet that they will then use to write down a holiday word for each letter from A to Z. Then everyone can split into groups or do it individually (a common way of splitting people up is to do it by department) and proceed to fill in their answers. The team (or individual) that has the most creative list at the end wins, while the funniest list gets second place.

Celebrate a Variety of Traditions at the Party

Especially in today’s world, not everyone in the office celebrates certain holidays in the same way. Different traditions and cultures result in various ways of celebrating, like wearing pyjamas and making a certain dish every year. So why not let everyone share what makes the holidays special to them by trying to incorporate something from everyone into the Christmas party. This way not only will everyone feel included, by the end of the night everyone will know each other just that little bit better.

This can be organized in multiple different ways, one way to do it is to have the CEO, head person, or all of the managers dress up like Santa. A better option (in our opinion) is to let everyone in on the fun and have every single person dress up as Santa. For those who are not as adventurous maybe an elf hat or reindeer ears might suit them a little better.

This helps to break the ice and promote laughter between everyone which will result in a fun atmosphere for the party.

There are so many Christmas songs that everyone knows, so why not make a game out of them! Classics like “All I Want For Christmas”, “Jingle Bells”, and “Little Drummer Boy” are just some of the tunes that can be used. Again printed sheets can be used here to be handed out and have everyone write down the name of the songs as they are played. This will be lots of fun as it is basically a sing-along as much as it is a game!

Be careful here though, as much as “everyone” loves these songs, there are some people who do not feel the same way. Keep these people in mind by not playing these songs all night!

Secret Santa or White Elephant are one of the most popular office Christmas games. This is where employees buy random people in your office gifts under a certain price point. Make sure to make some rules like no food, alcohol etc. to keep it safe from any issues.

This should be made optional as it has been found before that some people do not like being told to buy others gifts! So just make sure that the holiday spirit is the main goal here!

Which of the above office Christmas party games will you be playing this year? Clinked would love to hear your favorites and make sure to let us know about the results of the games in the comments below! 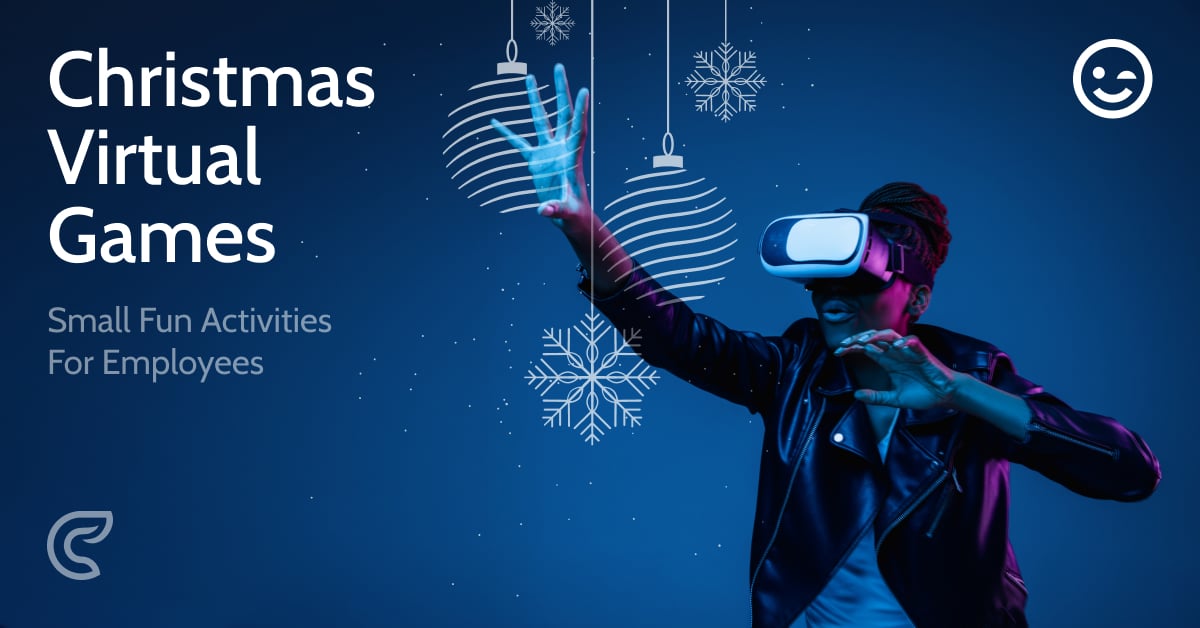 Christmas Virtual Games
In the last couple of years we have almost perfected the virtual experience. Now more than ever we can “be...
Team Fun Chirstmas 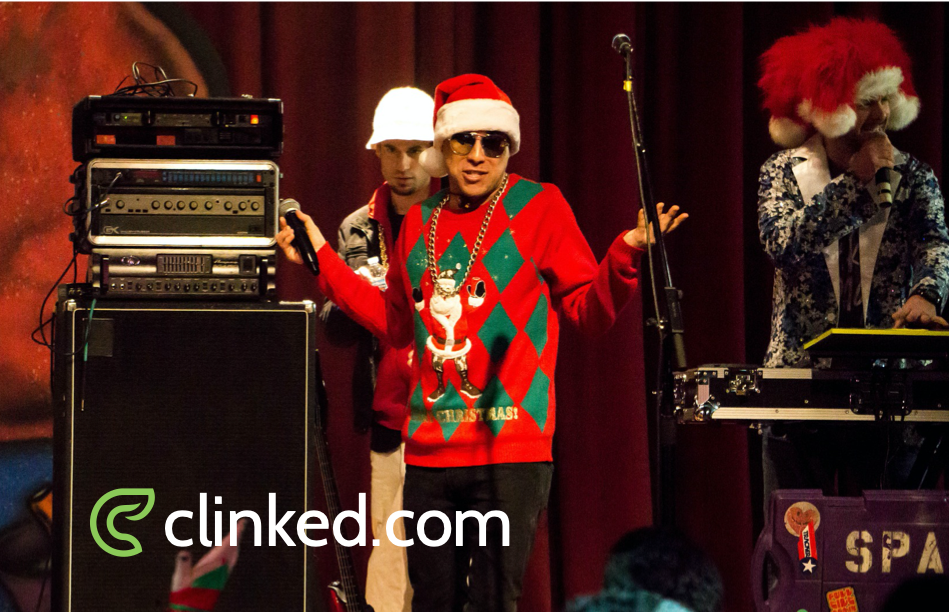 Ugly Sweater Party Master Planner
We know what you are thinking – really, the master planner? Yes, we are British after all so Christmas jumpers
Team Fun Chirstmas
A Clinked Christmas
Award-winning project management and collaboration software, Clinked, has already sealed a coveted place in...
Team Fun Chirstmas 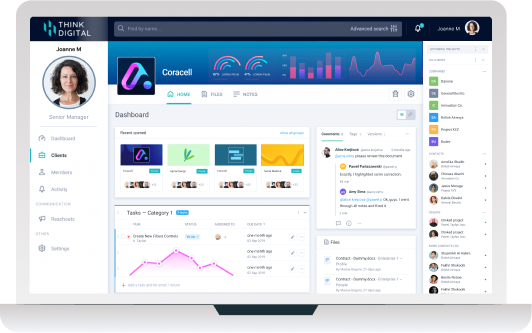